Mapping gods in many languages

Mapping gods in many languages: the onomastic attributes in the Greek-Phoenician bilingual inscriptions.

How to address the gods in several languages? Corinne Bonnet and Maria Bianco examined divine onomastic attributes from the Greco-Phoenician bilingual inscriptions. What happened to the names of the gods during their passage from one language to another? By mean of translation, adaptation or interpretation, the onomastic elements of divine names changed. Yet what was the logic that governed these changes? By exploring the complete corpus of the Greco-Phoenician bilingual inscriptions, they revisited the category of interpretatio and showed how ritual strategies work in multilingual contexts. 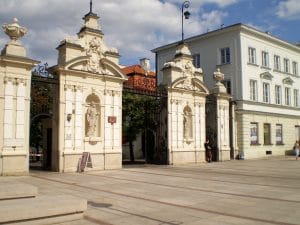 We are pleased to announce that the MAP project organizes a Workshop at the Annual Conference of the European Association of Biblical Studies (EABS), that will take place at the University of Warsaw from the 11th to the 14th August 2019. The Workshop is entitled “Gods in Translations: The Many Names of Ancient Semitic Gods” and the call for papers is open until 28th February 2019.

For more information and for submitting a paper, use the following link.

This meeting gave the opportunity to present the Eurykleia database, which is in progress. It aims at reassessing the issue of naming women by overcoming ancient or modern prejudices. Which were the social, economic and political contexts women played a role in?  Did specific practices make them more visible than others?

The project encompasses the whole Mediterranean area including both Eastern and Western regions between the 8th c. BCE and the 3rd c. CE, thus enabling comparisons between different eras and societies. The corpus does not intend to be exhaustive, but to gather historical women’s names, excluding goddesses.

The approach focuses on the study of the documents, in any media, where women’s names appear. Why were women’s names mentioned? What were their achievements? With whom did they interact? How did historiography address them? The originality of the database lies in the attention given to modalities of enunciation: it implies not taking statements concerning women literally, but rather understanding why a name is made visible.

The construction of the Eurykleia database is a milestone for future research. It will shed light on less known or neglected documents and provide analytical material for studying the actions and functions attributed to ancient women. The recording of documents will be accompanied by a re-examination of the scientific literature, in order to deconstruct simplistic interpretations based on anachronistic or arbitrary prejudices.

During the Paris meeting, emphasis was put on epigraphy: Dodona lamellae (A. Tatti), land inventories from Larissa (I. Pernin), endowment inscriptions from Hellenistic period (S. Aneziri) and documentation from Roman Lusitania (R. Soutelo Gomes). The presentation given by Claire Taylor’s on the so-called “hetaira names” showed historiographical biases (ancient and modern) that led to hasty deductions on the identification of prostitutes. Glukera, for instance, was a common name, existing in both masculine and feminine forms: it does not signify prostitution.

This workshop brought together historians from various periods and historical fields, as well as hard science researchers used to work with HSS data. It provided an opportunity to introduce Master of History students to a wide range of digital tools used for historical research, enabling them to deal with varied historical documents and issues. The main objective was to question the dialectical relationship between the historian’s “traditional” profession and digital know-how, particularly the interaction between historical questioning on the one hand, and digital tools and quantitative methods on the other.

WP2Social Auto Publish Powered By : XYZScripts.com
We use cookies to ensure that we give you the best experience on our website. If you continue to use this site we will assume that you are happy with it.Ok