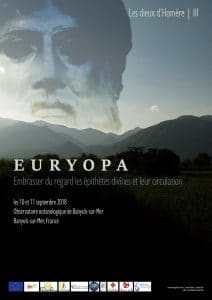 The workshop “Les dieux d’Homère III” and first symposium of the MAP project, held in Banyuls-sur-Mer on 10 and 11 September 2018, gave the opportunity to launch a reflection on the articulation between so-called literary epithets and epiclesis used in ritual or cultural contexts, through the examination of the Homeric material and its echoes.

As Herodotus reminds us, Homer and Hesiod taught the Greeks how to nam

e the gods. Consequently, this investigation into denominational systems and practices in context was intended to encompass Homer’s poems, but also Hesiodic and Archaic poetry in general, the Homeric Hymns and, in the long run up to the end of Antiquity and even beyond, their circulation and reception in multiple literary genres and uses. In the spirit of the MAP project, divine onomastic attributes were approached as a real language, capable of being a system and evolving according to the contexts of enunciation.

The various papers of the conference highlighted the complexity and polysemy of onomastic tools, as well as the multiplicity of issues at stake. The symposium also provided an opportunity to reassess the contours of the categories of “theonyms” and “epithets”, but also “(cultic) epiclesis” and “(literary) epithets”. Far from being a simple ornament or technical ingredient, the epithet fully participates in the making of the divine in polytheistic societies. In the dimension of reception, it reveals “impulses” of cultural memory, which contribute to renewing, through the motivations of the naming process, the representation of invisible powers. 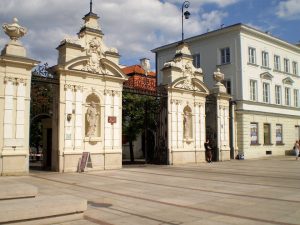 We are pleased to announce that the MAP project organizes a Workshop at the Annual Conference of the European Association of Biblical Studies (EABS), that will take place at the University of Warsaw from the 11th to the 14th August 2019. The Workshop is entitled “Gods in Translations: The Many Names of Ancient Semitic Gods” and the call for papers is open until 28th February 2019. For more information and for submitting a paper, see the following link:

Gods in Translations: The Many Names of Ancient Semitic Gods